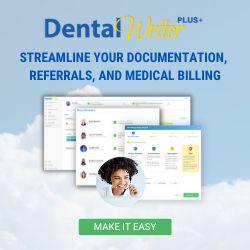 Is the Acoustic Pharyngometer a Valid Tool for Airway Assessment?

An acoustic pharyngometer is a tool used to assess the size and stability of the upper airway in dental settings. Traditionally, the cone beam computed tomogram (CBCT) is used for airway measurements in the orofacial region, because it is considered to be the gold standard. Though used widely, it does have radiation risks associated with it.

To check the validity of the acoustic pharyngometer when compared to CBCT measurements.

Patients who presented to the radiology clinic at the Rutgers School of Dental Medicine for a large-volume CBCT scan for various reasons were recruited for the study. After the scans were completed, the pharyngometer measurements were performed.

Statistical significance does not always mean a device/tool will be relevant for use in a clinical setting. In other words, this implies that the two methods are not interchangeable. Therefore, the pharyngometer is not a valid tool to replace the CBCT for airway measurements.

An acoustic pharyngometer is a device that measures the upper airway size and stability in a noninvasive manner.1,2 It was first used for airway measurement in 1980 by Fredberg.3 Its use in dentistry stems from the fact that it has been used as a screening tool for patients suspected to have an obstructed airway.4 The pharyngometer uses acoustic reflection technology and can be used to measure the volume and area of the upper airway from the oral pharyngeal junction to the glottis.5 The test is minimally invasive and takes 2 to 5 minutes to complete.

The cone beam computed tomogram (CBCT) has myriad uses in dentistry. It is a form of helical computed tomography scanning that provides higher-level bone imaging in a dental setting at a significantly lowered dosage of radiation. It is used for imaging the maxilla and mandible, including the temporomandibular joints,6 for implant treatment planning,7 to orient impacted teeth,8 and prior to initiating endodontic procedures,9 which leads to better treatment outcomes for patients.10 Additionally, CBCT is used for airway assessment11 when mandibular advancement surgeries or palatal expansions are performed.12-15

Traditionally, the readings from CBCT measurements are considered gold standard; however, there are practical and ethical issues associated with using this imaging modality in every situation. For instance, during orthodontic treatment planning, measurement inaccuracies can be avoided on a synthesized cephalometric image by performing CBCT. However, this imaging modality should be used with caution in young patients because the radiation dose associated with CBCT is higher than a traditional plain radiograph.16 Taking multiple CBCTs during the course of orthodontic treatment presents an ethical dilemma rather than a practical issue for the clinician.

The acoustic pharyngometer plays a role in such situations, where the airway can potentially be measured safely without the risk of unnecessary radiation during the course of orthodontic treatment, though it is not a substitute for sound orthodontic treatment planning. The validity of the pharyngometer has been previously assessed compared to CBCT measurements.17 The aim of this study was to assess whether the acoustic pharyngometer is a valid tool that can be used instead of the CBCT to assess airway size and stability.

This study was performed at the Rutgers School of Dental Medicine, Department of Diagnostic Sciences as a collaboration project between the Divisions of Orofacial Pain and Radiology. Institutional review board approval (Pro20150001864) was obtained prior to initiating the study.

This study was designed as a cross-sectional study. Patients who presented for a CBCT in the radiology clinic for full-volume scans for various reasons were asked for their consent to participate in the study. Therefore, the subjects were not exposed to CBCT radiation for study purposes; rather, the scans were done for diagnostic purposes. Patients excluded from the study were pregnant women and those with respiratory problems and cognitive impairment.

The patients were then seated on a straight-back chair and asked to breathe orally into the pharyngometer using the same mouthpiece (Eccovision Acoustic Pharyngometer, Sleep Group Solutions, Miami, Florida, USA) while holding their nose closed. The disposable mouthpiece stabilized the tongue and provided a reproducible bite position. This also did not allow movement of the tongue and better defined the oropharyngeal airway.

The readings from the pharyngometer present as a graph on the computer screen. The readings are obtained from the area between the oropharyngeal junction and glottis, which includes the oropharynx and hypopharynx. The oral cavity is not included in this measurement. The measurements were repeated three times on each patient to obtain an average reading. These were performed by the same coinvestigator (SP) for consistency. Also, repeating the measurements on each patient2 while the tongue was stabilized using the disposable mouthpiece ensured that the stability of the airway was maintained.

The CBCT was measured for volumetric airway size. Four radiologists did this independently and the average was computed from the four readings. Kappa coefficient was calculated to test interrater reliability for the volumetric airway size measurements obtained from the CBCT scans. InVivo dental imaging software version 5.4.4 (Anatomage, San Jose, California, USA) was used to measure the airway. Chang et al18 described the measurement of CBCT oropharyngeal airway as that extending from the line drawn perpendicular to the posterior pharynx at the level of basion. An imaginary horizontal line was used, extending from the anterior nasal spine, through the hard palate posteriorly to the soft tissues of the pharynx, in the sagittal view and the inferior border ending at the base of the epiglottis –the scans that did not display the entire epiglottis were excluded.18 These landmarks were used as the guidelines for establishing the oropharyngeal landmarks and calculating its volumetric airway space. The so-defined oropharyngeal airspace was segmented using the InVivo software. The software has the inborn capability to automatically calculate the total volume (in cc) and minimum cross-sectional area (CSA, in mm2) once several points are chosen and clicked along the desired airspace.

The acoustic pharyngometer is a device that has been used chairside for quick assessment of the airway parameters such as the area and volume. This has practical implications when, for example, trying to decide whether a mandibular advancement device will be effective, or if rapid palatal expansion is improving the upper airway during the course of orthodontic treatment.

Traditionally, the CBCT is used for various purposes in dentistry, including implant treatment planning, checking the position of impacted teeth, identifying the need for retreatment in endodontic failures, and airway analysis.19 From an airway perspective, the CBCT is used in orthodontic settings, especially before and after palatal expansions to determine whether the treatment was successful.

Deyoung et al used minimal cross-sectional airway and found it to be a significant predictor of moderate to severe obstructive sleep apnea.20 But, contrary to their hypothesis, Friedman et al found cross-sectional airway measured by acoustic pharyngometer to be unreliable in predicting the treatment outcomes.21 Hatzakis et al found in their cohort of children that the pharyngometer did not reliably assess the pharyngeal volumes.22

The results of this study show that, when compared with readings from CBCTs, the pharyngometer measurements show a statistically significant positive correlation as in the study by Tsolakis et al. However, the scatterplot shows that although there is statistical significance, the two methods are not strongly correlated because the Pearson correlation coefficient showed medium strength of association for both the area (r = 0.43) and volume (r = 0.59) measurements. Statistical significance does not always mean a device/tool will be relevant for use in a clinical setting. In other words, this implies that the two methods are not interchangeable. Therefore, the pharyngometer is not a valid tool to replace the CBCT for airway measurements.

One limitation of the study is that the patients had to be moved to a different room to perform the acoustic pharyngometry, so as not to impede the patient flow in the radiology clinic. This could have potentially distorted the airway because it is a dynamic structure. However, this difference is thought to be minimal because both readings were performed in an upright position and the mouthpiece was used during both measurements. Other limitations included the wide age range of the enrolled subjects, and unequal sex distribution.

The pharyngometer is not a valid tool to replace the use of the CBCT for airway measurements.

The authors have no conflicts of interest to disclose.