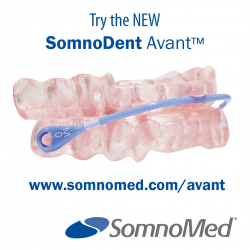 The Prevalence of General Dentists Who Screen For Obstructive Sleep Apnea

To determine the prevalence of general dentists screening for obstructive sleep apnea (OSA).

A brief, 12-item questionnaire consisting of a demographic section and questions regarding OSA screening methods, parameters, and preferences was sent to 1,000 general dentists across the United States using REDcap survey software.

A total of 71 general dentists responded. Based on demographic results, it may be concluded that study participants represent a broad range of general dentists practicing in the United States. Participants were asked to select which screening modalities they use and to supply specifics regarding each modality to provide validity to responses. A total of 76% of participants reported screening for OSA. Most of them use more than one modality. Of participants responding affirmatively, 60% do not routinely screen more than 70% of patients. A total of 37% of participants ranked themselves a 3 or less (1-uncomfortable, 5-confident) regarding confidence in screening for OSA. There were 72% of participants who reported using a patient interview, 52% identified anatomical parameters, and 39% used patient questionnaires or tiredness surveys. Also, 41% of screening dentists have patients perform a home sleep test. There were 87% of participants suspecting OSA who referred patients to physicians for evaluation. Dentists with fewer than 30 years of experience were significantly more likely to screen for OSA than those with more than 30 years of experience (87% vs 63%, p=0.0459).

Most general dentists screen for OSA; however, most screening dentists lack confidence in performing accurate routine screenings and do so on fewer than 70% of patients.

Obstructive sleep apnea (OSA) is a condition caused by upper airway obstruction during sleep, characterized by recurrent breathing interferences, episodes of shallow breathing, and respiratory effort-related arousals, which can last for up to 30 seconds or longer.1,2 Immediate effects of the disrupted breathing cycle, associated with OSA, are usually associated with decreased blood oxygen levels.3 Among the most serious consequences of untreated OSA are highly increased risks of cardiovascular conditions such coronary artery disease, hypertension, congestive heart failure, and stroke.4 Furthermore, sleep deprivation is a common symptom reported by those with OSA, contributing to clinical depression, excessive daytime sleepiness, daytime fatigue accidents, and obesity.5-7

OSA is a common condition involving up to 24% of adult males and 9% of adult females; in many of these patients the condition goes undiagnosed for prolonged periods of time.8,9 It has been estimated that OSA remains undiagnosed in 82% to 93% of adults.10

Most Americans visit the dentist on a yearly basis.11 In order to provide greater awareness and improved outcomes of sleep apnea, a knowledge of general dentist involvement of OSA detection is imperative in aiding diagnosis, which may lead to multiple effective treatment options available to reduce negative effects associated with the disease.12 There are reports of the limited knowledge and training general dentists receive in detecting and treating OSA.13 However, there appears to be no data indicating the prevalence of dentists who screen for OSA. Therefore, this study is the first of its kind in representing the general dentist participation in screening for this serious condition.

This study was approved as exempt by an Institutional Review Board (IRB: #HM20003463). An email invitation was sent by a third-year dental student as a part of the research project in April 2015 to approximately 1,000 members of a national association of independent general dentists who were asked to participate in a survey using Research Electronic Data Capture (REDcap) survey software. The email invitation asked recipients if they had practiced dentistry within the past year and that participation in the survey would be greatly appreciated, but is completely voluntary and will remain anonymous. No compensation was provided for participation. A respondent was required to be a practicing general dentist to be eligible for inclusion in the analyses.

The questionnaire consisted of a demographic section (years in practice, dental school, practice specialty, practice setting, practice location) followed by a series of questions regarding screening methods, preferences, referrals, and treatment modalities. Three primary screening modalities were considered (medical history, sleep questionnaire, and anatomic parameters) as well as three additional modalities (cone beam computed tomography, home sleep test, two-dimensional lateral cephalogram) and other modalities. The preferred modality was recorded, as was the percentage of patients routinely screened and the level of confidence in screening. Referral behavior and treatment services were recorded in the final portion of the questionnaire.

The primary outcome variable was whether any screening for OSA was reported. A positive answer or “Yes” was accepted if any of the primary or additional modalities were reported.

A total of 71 dentists responded to the questionnaire, resulting in a 7% response rate. Although this percentage is low, participants received training from more than 33 unique dental schools in the United States, practicing in 28 different states in various communities ranging from less than 20,000 people to more than 500,000 people (Table 1). There were 76% of dentists who reported screening for OSA. Participants were asked to select which screening modalities they utilize, and subsequently, specifics regarding each modality, aiming to provide some validity to their responses. A total of 61% reported using more than one screening modality (Table 2, Figure 1).

The patient interview is most frequently used (72% of responders) and is the most preferred screening method, with almost all dentists identifying snoring (96%) and daytime fatigue (84%). Next, 51% reported identifying anatomical parameters, such as tonsils/adenoids (94%) and neck circumference (92%). Last, 39% use a patient questionnaire or tiredness survey, with the Epworth Sleepiness Scale being most widely used (86%), followed by the STOP-BANG questionnaire (18%). It is important to note that 41% of screening dentists have patients undergo a home sleep test. Furthermore, 87% of dentists who identify a positive screening refer to a physician for further evaluation.

Sixty percent of dentists who screen for OSA are doing so for fewer than 70% of their patients (Table 3). Thirty-seven percent of responders reported themselves a 3 or lower on a confidence scale (1-uncomfortable, 5-confident) in regard to screening for OSA (Figure 2).

The parameters for diagnosing OSA are fairly straightforward. The gold standard is a polysomnography (PSG) performed at a sleep study center. This comprehensive test monitors heart rhythm, skeletal muscle activity, brain function, eye movement, pulse oximetry, and respiratory activity.14 In addition, home oximetry has become increasingly prevalent and is found to play an important role in screening for OSA. This test is easily performed in the comfort of a patient’s own home but should only be used in conjunction with a PSG.14 One might discuss the role dentists play in screening patients for OSA, a role that is not well defined in the dental community.

A dentist’s education and training regarding oro-pharyngeal anatomy and physiology is often more extensive than many practicing physicians. Not only are dentists trained to perform head, neck, and oral examinations, but currently the general population will often visit a general dentist more frequently than a physician. The prevalence of general dentists screening for OSA is generally unknown in the available literature. A plethora of research has been done in the dental field concerning treatment effectiveness and even diagnostic tools, but none can be found on screening prevalence and frequency.15

Dental screenings for OSA may be found using one tool, or a combination of three tools. First, a simple questionnaire that may be included in a health history form during new patient examinations or yearly health updates is used. The STOP-BANG questionnaire or Epworth Sleepiness Scale (ESS) are commonly used to gather information about factors such as tiredness, snoring, fatigue, blood pressure, and body mass index (BMI).16 Both questionnaires have proved to be effective screening tools by deeming patients low to high risk and in predicting airway obstruction.16 Although both questionnaires demonstrate significant positive association with OSA, it should be noted that the ESS has been shown to yield a weak significant correlation.17 Second, closely related to the questionnaire, is an interview between patient and doctor. Similar data, as previously stated, are collected and a risk assessment is made. Dentists may find more accurate information during a personal interview as opposed to a questionnaire, and therefore the interview may be a preferred method of screening. Last, a physical examination of head, neck, and oropharyngeal anatomy may be performed to evaluate specific structures and risk of OSA. This screening method is difficult to perform and is best used as an adjunct with patient-reported information. Dentists may assess BMI, neck circumference, mandible position, soft palate features, pharyngeal musculature, and Mallampati score in order to evaluate any signs of airway obstruction.18

This study reported a relatively low response rate for a REDcap survey of 7%, in which 41% of the 76% of respondents who screen for OSA use a home sleep test. Because this ratio seems comparatively high in the overall general dentist population, self-selection bias may have occurred in this sample size.

Slightly more than 75% of general dentists screening for OSA seems like a very high percentage; however, the questions regarding screening confidence and percentage of patients screened may provide additional insights. From the data gathered, it appears there is a significant number of providers (76%) who are performing routine screenings; however, of those who report screening, only 14% are screening every patient. Furthermore, only 45% of dentists are screening at least 7 of every 10 patients, resulting in most of the patient population not being screened. In addition, dentists report a lack of confidence in performing accurate routine screenings. Most of the responders (52%) rated themselves a 3 or less (1-uncomfortable, 5-confident) on a confidence scale in screening for OSA. Therefore, most general dentists may report screening for OSA, but they are not screening every patient, and there is a lack of confidence in their ability to screen.

More dentists need to be educated and trained on proper and accurate screening methods for OSA so patients may receive proper care and treatment. With increased screening prevalence by general dentists more patients with this condition will be identified early and hopefully prevent complications and improve existing conditions. This study aims to raise awareness of the need for general dentists to routinely and accurately screen for OSA so patients with this condition may receive proper treatment and improved quality of life.

Thanks to the Crown Council and Gregory Anderson for survey dissemination. Also, thanks to VCU School of Dentistry research department and the AD Williams Research Fellowship program, which provides support for dental students to participate in original and creative research and from award number UL1RR03190 from the National Center for Research Resources and NIH Roadmap for Medical Research, National Institutes of Health.