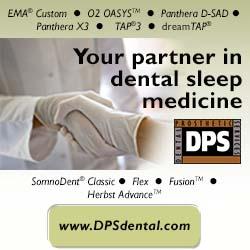 Obstructive sleep apnea (OSA) is associated with obstruction of the upper airway. The objectives of the current study were to determine the correlation between the findings of the fiberoptic nasolaryngoscopy and lateral cephalometry, and to evaluate the relationship between obstructions in the airway identified in both diagnostic methods and OSA in adults.

Fiberoptic nasolaryngoscopy and lateral cephalometry were performed in 29 patients with OSA (7 men and 22 women) and 24 healthy subjects (9 men and 15 women). Obstructions in nasopharynx, hypopharynx, and larynx areas were identified with nasolaryngoscopy. Cephalometric measures included upper and lower pharynx spaces, hyoid bone position, mandibular and maxilla size and position, and skeletal malocclusion. Concordance between the findings reported in both diagnostic tools were evaluated by kappa test and χ2, student t and Mann-Whitney U tests were used for association analysis and adjusted by age, sex, and weight.

Obstructive sleep apnea (OSA) is a sleep disorder characterized by cessation of partial airflow (hypoapnea) or complete obstruction (apnea) of the upper airway for at least 10 seconds.1,2 Although most people with OSA remain undiagnosed,3 the estimated prevalence of OSA is 9% of adult women and 24% of adult men.4 In Latin America, the prevalence of OSA in adults is approximately 4.6% in men and 2.7% in women.5,6 In Colombia, the prevalence of sleep disorders has been reported at 26.9% according to the STOP-BANG questionnaire.7

The diagnostic test for OSA is polysomnography, and it is considered the gold standard.8 Polysomnography cannot show the sites of obstruction in the airways. Diagnostic tools that can show airway obstructions include computed tomography, magnetic resonance imaging, lateral radiography with cephalometry, and fiberoptic nasolaryngoscopy.9–11 Cephalometry and fiberoptic nasolaryngoscopy are diagnostic aids that help to identify the exact area of the obstruction, which is important for determining treatment and prognosis in each individual with OSA.12

Fiberoptic nasolaryngoscopy is a simple and routine examination, performed mostly by the otolaryngologist, in order to identify the area of collapse in patients with OSA in three-dimensional assessment of airway.13–15 This collapse can occur at different levels such as the nasopharynx, hypopharynx, and larynx. The hypertrophy of palatine adenoids and tonsils, and alterations in the morphology of the retropalatine area, are the anatomic areas most associated with the presence and severity of OSA.16

Lateral cephalometry is another diagnostic tool used for identifying airway obstructions associated with OSA. Cephalometric measures that have shown greater association with the diagnosis of OSA are: mandibular retrognathism, mandibular micrognathism, increased ANB angle, lower position of the hyoid bone, and decrease in upper and lower pharynx space,13,17 but craniofacial features associated with OSA are diverse in different populations and ethnic groups.18,19

Identification of obstruction areas using cephalometry in conjunction with other methods such as endoscopic studies in patients with OSA is important for diagnosis, prognosis, and treatment.20–22 Some obstructions associated with OSA should be treated with surgery or oral devices, and for that reason, determining the concordance between fiberoptic nasolaryngoscopy and cephalometry is necessary because these two tests allow the spatial assessment of both skeletal and soft tissue structures. Barbosa et al.23 and Souki et al.24 showed a high degree of correlation between the cephalometric measurements and nasopharynx space measured by fiberoptic nasolaryngoscopy in children, but there are few studies about this correlation in adults.13

The objectives of the current study were to determine the correlation between the findings of the fiberoptic nasolaryngoscopy and lateral radiographies, and to evaluate the relationship between obstructions in the airway identified in both diagnostic methods and obstructive sleep apnea in adults.

A convenience sample included 53 adults aged between 18 and 72 years from Sleep Clinic at Hospital Universitario San Ignacio with symptoms suggestive of sleep apnea. The study was approved by the ethics committees of the Faculty of Medicine at the Pontificia Universidad Javeriana and Hospital Universitario San Ignacio. After polysomnography, 7 men and 22 women with OSA, and 9 healthy men and 15 healthy women (without OSA) were selected. Informed consent was obtained from all subjects participating. Individuals with craniofacial anomalies, syndromes, cleft lip and palate; patients with neurological and/or neuromuscular alterations; patients who have undergone orthognathic surgery or surgical intervention of adenoids; and patients with central apnea were excluded.

Fiberoptic nasolaryngoscopy was performed in supine and seated positions for each patient previously specified by the Otorhinolaryngology Service of Hospital Universitario San Ignacio. Obstructions in nasopharynx (septum and turbinate), hypopharynx (uvula, palatine and lingual tonsils), and larynx (epiglottis, ventricular bands, and piriform sinuses) areas were identified.

Skull lateral radiographs were obtained by the same operator in the same equipment. This examination was performed in the natural head position and at the end of expiration to standardize hyoid bone position. Cephalometric measures were used to evaluate the craniofacial and airway phenotype in each subject. Cephalometric measures included upper and lower pharynx spaces, hyoid bone position, mandibular and maxilla size and position, and skeletal malocclusion (Figure 1). Cephalometric analysis was performed by two researchers using a 0.5- mm caliper pencil and a standard cephalostat. Intraob-server and interobserver agreement was obtained for cephalo-metric analysis. The otorhinolaryngologist and orthodontist were blinded to the results of polysomnography of each patient.

SNA = angle formed for plane sella nasion, from sella (at the center of pituitary fossa of sphenoid bone) to nasion (most anterior point on frontonasal suture) and nasion A (most concave point of anterior maxilla) plane. SNB = angle from sellanasion plane and nasion-B (most concave point on mandibular symphysis). ANB = angle A point-nasion-B point. Position of the hyoid bone = distance the hyoid bone was measured perpendicularly to mandibular plane. Mandibular length Co-Gn = plane from Co, most posterior superior point of the condyle of mandible to Gn, midpoint between pogonion and menton. ENA-ENP = anterior point of maxilla to posterior limit of maxilla or palate. Maxilla position N ⊥ A = nasion perpendicular A. Mandible position Pg ⊥ N = Pg to nasion perpendicular. Upper pharynx space = point on the posterior outline of the soft palate to the closest point on the posterior pharyngeal wall. Lower pharynx space = intersection of the posterior border of tongue and the inferior border of the mandible to the closest point on the posterior pharyngeal.

For the correlation study, the following variables of cephalometry and the fiberoptic nasolaryngoscopy were correlated:

This study was performed to evaluate the relationship between cephalometric and fiberoptic nasolaryngoscopy findings and OSA, comparing findings from healthy subjects and subjects with OSA. Cephalometric measurements are shown in Figure 1. Structures evaluated in nasolaryngoscopy included septum, turbinate, uvula, palatine and lingual tonsils, epiglottis, ventricular bands, and piriform sinuses.

Bivariate analysis was performed to evaluate the relationship between cephalometric measurements and findings of the fiberoptic nasolaryngoscopy with OSA. Odds ratio (OR) and P value with 95% confidence interval (CI) were calculated. As proof of goodness of fit, the pseudo R2 was used (a test analogous to R2 that indicates the goodness of fit of the model to the data). Although it does not have the immediacy of R2's interpretation of linear regression that directly indicates which proportion of the variance of the dependent variable is explained by the model, it is an approximation based on a comparison of the likelihood of the model only with the constant. The statistical software used for the analysis was STATA version 13.0 (Stata-Corp LLC, College Station, Texas, United States).

A total of 53 adults were included in the study, with median age of 42 years for healthy subjects and 54 years for subjects with OSA. The distribution for sex was similar between healthy subjects and those with OSA, with a higher proportion of women 75% (n = 29) in the healthy group and 62% (n = 24) in the OSA group. The body mass index was similar between both groups (Table 1).

Results for intraobserver and interobserver agreement for cephalometric analysis showed 98.1% corresponding to kappa = 0.97, indicating an excellent correlation between the observers. There was no correlation between the variables evaluated in the fiberoptic nasolaryngoscopy and cephalometry (Table 2). Obstructions in the hypopharynx (uvula, palatine and lingual tonsils) showed statistical significant association with OSA (OR 4.06, CI 1.10–14.89, P = .034), Table 3. There were no statistical significant differences between supine and seated positions (Table 4). In cephalometric analysis, it was observed that ascending position of hyoid bone was found as a protective factor for OSA (OR 0.02, CI 0.001–0.57, P = .02), Table 5.

The concordance analysis of this investigation did not reveal any correlation between the evaluated features in fiberoptic nasolaryngoscopy and cephalometry. In a similar study, Narayanan and Faizal13 evaluated 70 patients with OSA and demonstrated correlation between retropalatal collapse and retroglossal region observed in nasopharyngolaryngoscopy with distance from mandibular plane to hyoid bone measured in lateral cephalometry, but Koo et al.25 showed no correlation between retropalatal region and mandibular plane to hyoid bone. However, these studies included patients with OSA, and in our study, we compared structures in subjects with and without sleep apnea.

Our results showed statistically significant association between obstructions at the hypopharynx through fiberoptic nasolaryngoscopy (increase size of uvula and palatine and lingual tonsils) and OSA (P = .034, OR = 4.06, 95% CI = 1.10–14.89), but in lateral cephalometry these obstructions were not evident, although reduced lower pharynx space in patients with severe OSA has been reported.28 Reduced hypopharynx width has also been observed in adults with OSA due to the increase of velum and posterior pharyngeal wall thickness. This condition is usually observed in obese subjects,29 but in our study obese subjects were not included and reduced hypopharynx width was observed by nasolaryngoscopy in those who were overweight in the healthy group and the OSA group, but not by cephalometry. In children, adenotonsillar hypertrophy has shown to be the most common cause of pediatric OSA but OSA persists after adenotonsillectomy, suggesting that other factors such as craniofacial phenotype, obesity, and other comorbidities play an important role in the obstruction of retropalatal and retrolingual areas in children and in adults, although future studies are necessary to clarify the cause of obstruction in both regions associated with OSA.30 da Cunha Viana et al.31 evaluated patients age 18 to 65 years with moderate and severe OSA using fiberoptic nasolaryngoscopy under drug-induced sleep and demonstrated that retropalatine and retrolingual regions were the most frequent obstruction sites during induced sleep. In our study, we compared measurements in supine and seated positions in awake individuals by nasolaryngoscopy, but we did not find differences between measures in both positions; this fact could be explained because it seems that these structures are more affected by the sleep than by the position.

Findings in lateral cephalometry have shown strong evidence for reduced pharyngeal airway space, increased anterior facial height, and inferiorly placed hyoid bone in adults with OSA compared with controls.32 Inferiorly displaced hyoid with respect to the mandibular plane could be considered a risk factor for OSA and this position results from affected lingual musculature because of macroglossia, relaxation of the lingual musculature, or fat deposition.33 The outcomes of our study demonstrated that healthy patients have superiorly displaced hyoid bone suggesting that this condition could be a protective factor for OSA (OR 0.02, 95% CI 0.001–0.57, P = .02).

This study showed that both cephalometry and fiberoptic nasolaryngoscopy are diagnostic tools that allow assessment of obstruction sites in adults with OSA. Future investigations should be directed toward comparison of the correlation between both tests in children and in patients with different severity of OSA and to identify the causes of obstructions in the upper airway associated with OSA.

All authors have seen and approved this manuscript. The authors report no conflicts of interest. This work was funded by COLCIENCIAS through grant 369 Project 501953731808.